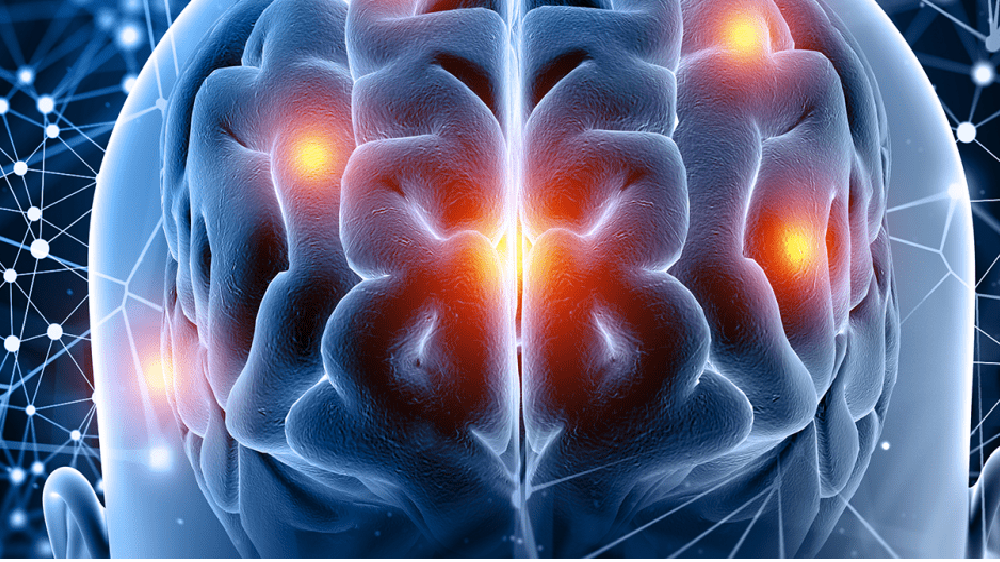 As with many other types of injuries and illnesses, traumatic brain injuries (TBIs) trigger an immune response that results in excessive inflammation around the affected tissue, and it’s this reaction that often causes long-term damage. Given the role of the endocannabinoid system in regulating such immune responses, and the ability of cannabis to suppress inflammation, researchers are now increasingly looking towards marijuana as a potential treatment for TBI.

When a TBI occurs, the immune system springs into action in order to clean up the damaged cells via inflammation. While this is necessary for healing to occur, too much inflammation can actually damage more of the surrounding tissue, making the injury worse and increasing the chances of brain damage or even death.

The body’s natural cannabinoids – or endocannabinoids – are therefore called upon in order to keep this inflammation in check. In particular, an endocannabinoid called 2-Arachidonoylglycerol (2-AG) is recruited to the site of the injury, where it modulates the immune response and limits inflammation. However, this mechanism is often deactivated because damaged cells secrete an enzyme called monoacylglycerol lipase (MAGL), which breaks down 2-AG before it has a chance to do its job.

As a consequence, inflammation spirals out of control in the days and weeks following a TBI, often leading to severe tissue damage. Researchers are therefore looking for ways to inhibit MAGL in the immediate aftermath of such an injury, and early research suggests that cannabidiol (CBD) may be an effective tool for doing so. Because of this, scientists at the Medical College of Georgia are now conducting a study into the efficacy of CBD to treat TBIs[i].

The researchers behind the new study have plenty of evidence to back up their hypothesis, given what we already known about the capacity of CBD, tetrahydrocannabinol (THC) and other plant cannabinoids – or phytocannabinoids – to reduce inflammation and treat brain injuries.

Way back in 1998, a study indicated that both CBD and THC protect rat brains from damage when exposed to toxic levels of glutamate. Interestingly, this protective effect was found to be completely independent of cannabinoid receptor activity, and was instead produced by the compounds’ antioxidant properties[ii].

More recent research has shown that oral CBD significantly attenuates many of the behavioural and neuropsychiatric dysfunctions associated with TBI in mice, including memory impairment, anxiety, aggression and depression[iii]. In one study, treating the rodents with 10 milligrams of CBD per kilogram of body weight was found to restore many of the neurochemical imbalances produced by TBI, while also triggering the formation of new neurons in the hippocampus, a key brain region associated with memory[iv].

Research on humans has yielded similar results. For instance, a study that came out in December 2018 indicated that 80 percent of patients who received medical cannabis for TBI “experienced significant improvement in activity level and symptoms.” The greatest improvements were seen in mood, sleep and headache symptoms, while those receiving marijuana also scored significantly higher on a quality-of-life test than other TBI patients who were not treated with cannabis[v].

Interestingly, this same study found that different cannabis chemovars and modes of ingestion were most effective at treating different symptoms. For instance, a cannabis tincture containing THC and CBD in a ratio of 1:1 was found to be best at treating the general long-term symptoms of TBI, while acute head pain was most effectively attenuated by vaping cannabis containing a THC to CBD ratio of 20:1.

Given that TBI is one of leading causes of death for young people worldwide and that no pharmaceutical or surgical interventions have been found to effectively limit inflammation following such injuries, the increasing use of medical cannabis could well turn out to be a life-saver.

Mobile version: Enabled
Back to top

Use the search box to find the product you are looking for.

No products in the cart.